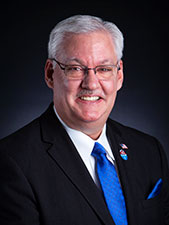 Jon and his wife Brenda have been married since 1991, and they have lived in Peoria since 2001. The Edwards have three children who all attended local district schools.

Active in the Community

I am honored to represent the Willow District and I look forward to working with residents. At any time, if I can be of assistance, please let me know.