When the nation’s involvement in World War I created an economic boom across the country, agriculture reaped the benefits. Pima, or long-staple, cotton was introduced to the valley and met with immediate success.

Long-staple cotton soon replaced alfalfa as the leading industry in the Valley, and Peoria became a center for cotton production and ginning. Peoria’s first cotton gin began operating in the late 1880s. The Peoria Gin, located north of Grand and east of 81st Avenue, was followed at various times by the Valley Gin, Hy-White Gin, and Patterson’s Gin.

A tent city where migrant farm laborers lived. In Marinette, where former cotton-picker Frank Osuna lived, tents were put up by the Southwest Cotton Company. “During cotton season tents would spring up overnight—sometimes as many as 450 tents,” he said. 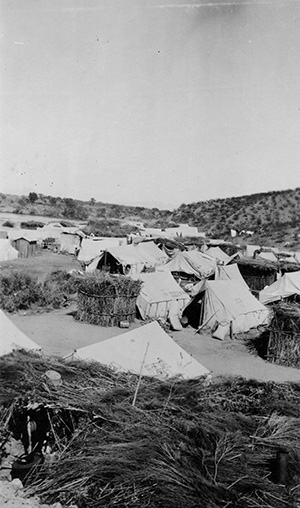 The soil, water, and climatic conditions made it possible to grow and harvest crops every month of the year. Wheat, corn, oats, rye, and barley were all profitable crops in the Peoria district, and alfalfa continued to be a key industry. Other crops farmed in abundance were citrus, cantaloupe, squash, watermelon, beans, and potatoes, all shipped east in refrigerated cars on the Santa Fe Railroad. There was even a vineyard a mile west of town belonging to W. J. Burnett. Some local ranchers profited through dairying or raising cattle, poultry, or sheep. 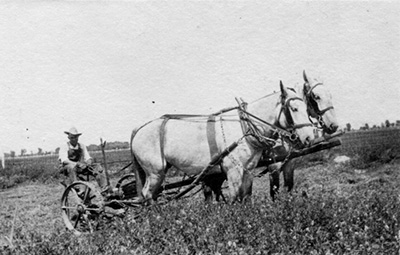 In 1937 Peoria also won its first state football championship under the leadership of coach “Mutt” Ford. The town went wild over the achievements of its high school teams, who were known as the Horned Toads during the Depression. This tradition of community support for high school athletics continues today. 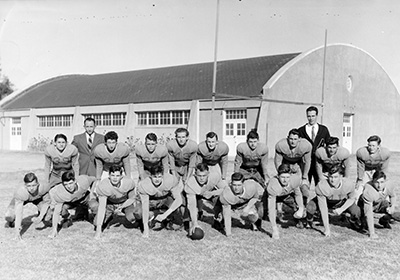