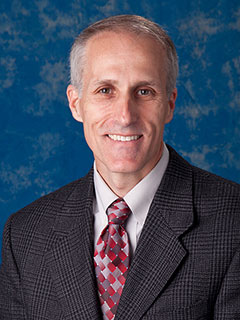 Appointed on June 27, 2017, Jeff Tyne has been serving the citizens of Peoria since 1997 in various roles. Most recently, he served as deputy city manager for four years. Prior to his position as deputy city manager, Tyne was the budget director, where he took charge of budget development, strategic initiatives, policy analysis, performance management, and grants management. Tyne also served as the Community Services director where he managed parks, libraries, recreation programs, sports stadium, and arts activities for the city of Peoria.

Tyne has served in a number of external roles, including as the chair of the GFOA national standing committee on economic development and capital planning. He was also a Board Trustee for the Arizona State Retirement System, and is a past president for the Arizona chapter of GFOA. Tyne is a Credentialed Manager with the International City/County Management Association (ICMA), and was active with the ICMA Emerging Leaders Development Program.