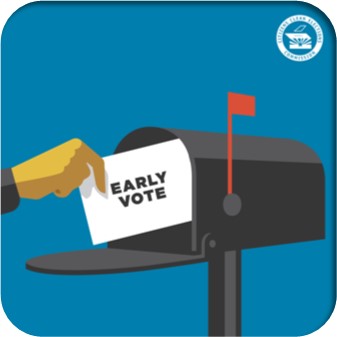 Voters who desire to vote early by mail may request an early ballot be mailed to them. Requests may be made online at www.recorder.maricopa.gov/earlyvotingballot or by calling Maricopa County Elections Department at 602-506-1511 or 602-506-2348 (TDD).  Additionally, written requests may be sent to:  Maricopa County Elections, 510 S. 3rd Ave, Phoenix AZ, 85003.  Written requests should include the voter’s name, residence address, date of birth, election for which the ballot is being requested, address where the ballot is to be mailed (if different than residence address), and the signature of the requestor.

Although the City of Peoria conducts non-partisan elections, the City of Peoria candidates and ballot issues are included on the countywide partisan ballot.  Independent voters on the Permanent Early Voting List will not automatically receive an early ballot during the Primary Election. Independent voters will need to submit a request for a “City-only” ballot or designate the party ballot of their choice with the Maricopa County Elections Department. Requests for a “City-only” ballot or to designate a party ballot preference during the Primary Election can be done in the following ways:

Voters not affiliated with a recognized party that do not make a ballot designation by the deadline still have the opportunity to vote at an Early Voting Location or at their assigned polling location on Election Day. This process only applies to the Primary Election since the Primary Election has been specifically designated for members of political parties to nominate candidates for the general election.

To cast an early ballot in person, appear at any of the Maricopa County Elections Departments listed below:

Early voting hours at the above County locations are 8:00 a.m. to 5:00 p.m., Monday through Friday. Additional early voting sites may be available, please contact the Maricopa County Elections Department at 602-506-1511 for more information.